This image of the Rainbow Bridge in Tokyois is based on 366 single exposures from a time laps capture of 1.5 hours. 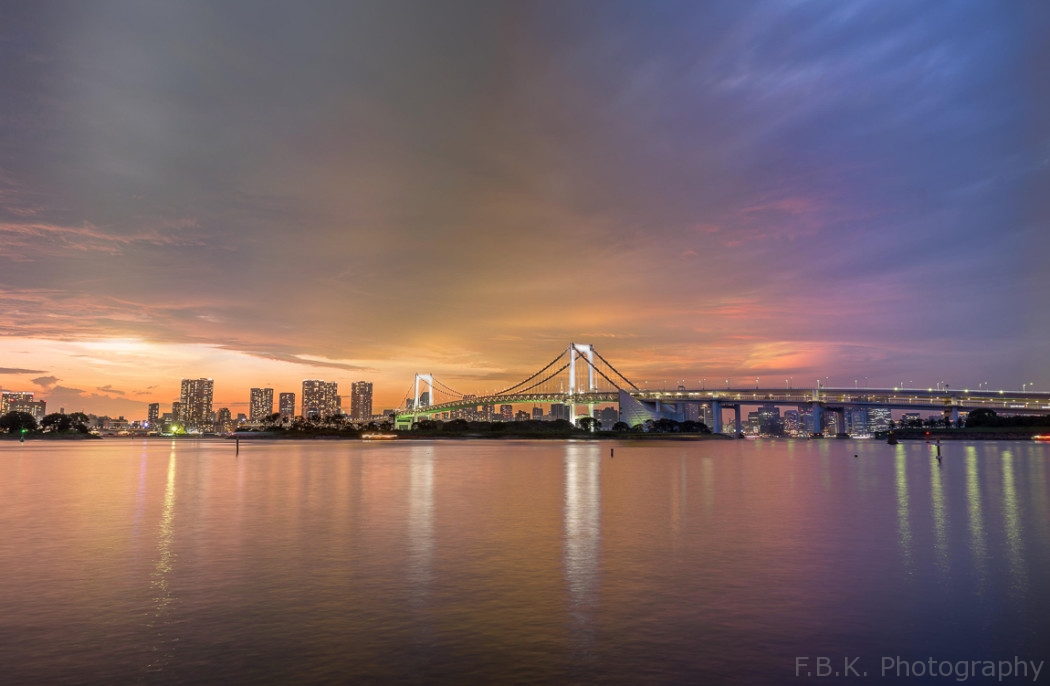 The main idea behind this image is to illustrate a full 1.5h captured time lapse in one single image. In this example the final image contains 366 single exposures. 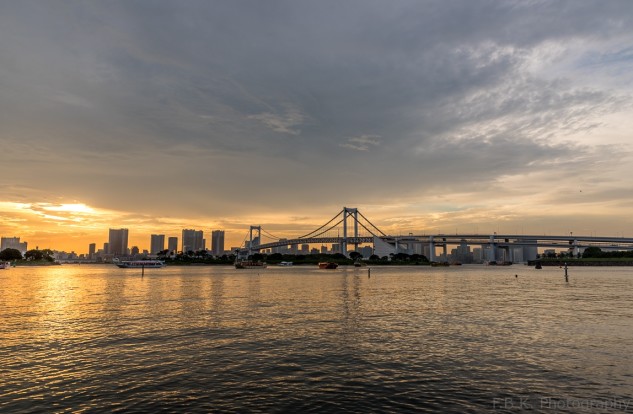 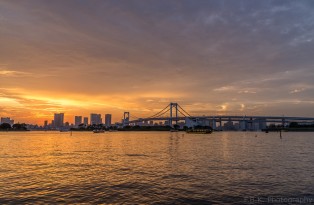 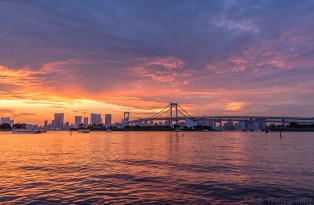 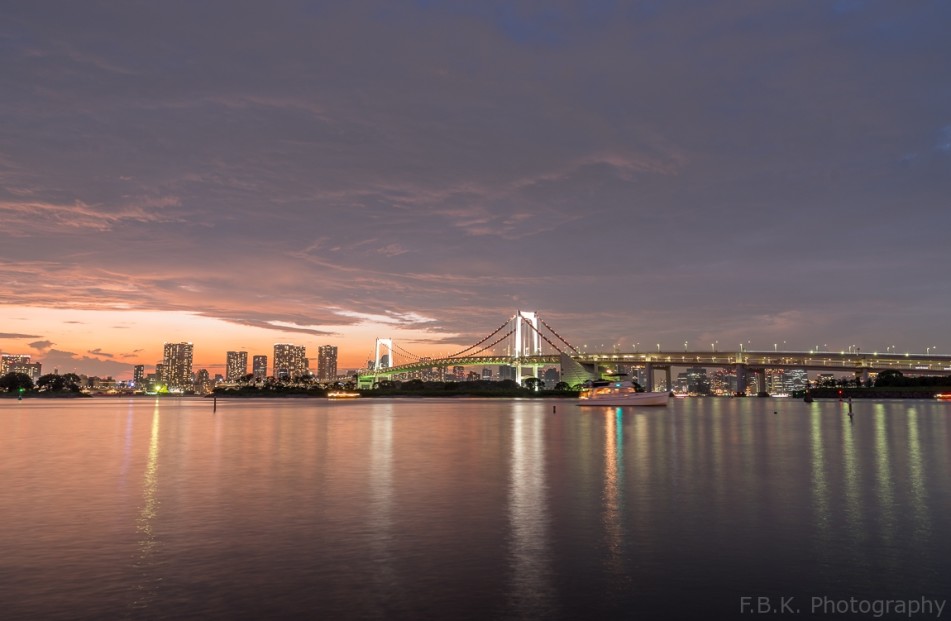 To generate the above image the 366 exposures from the beginning of the time lapse (golden hour, left side) to the end of the time lapse (end of blue hour, right side) were averaged.
To calculate a smooth image with these 366 captures an own developed algorithm was used. This algorithm uses the image information of several images to generate a smart rendered result. The direct outcome of this algorithm can be seen here: 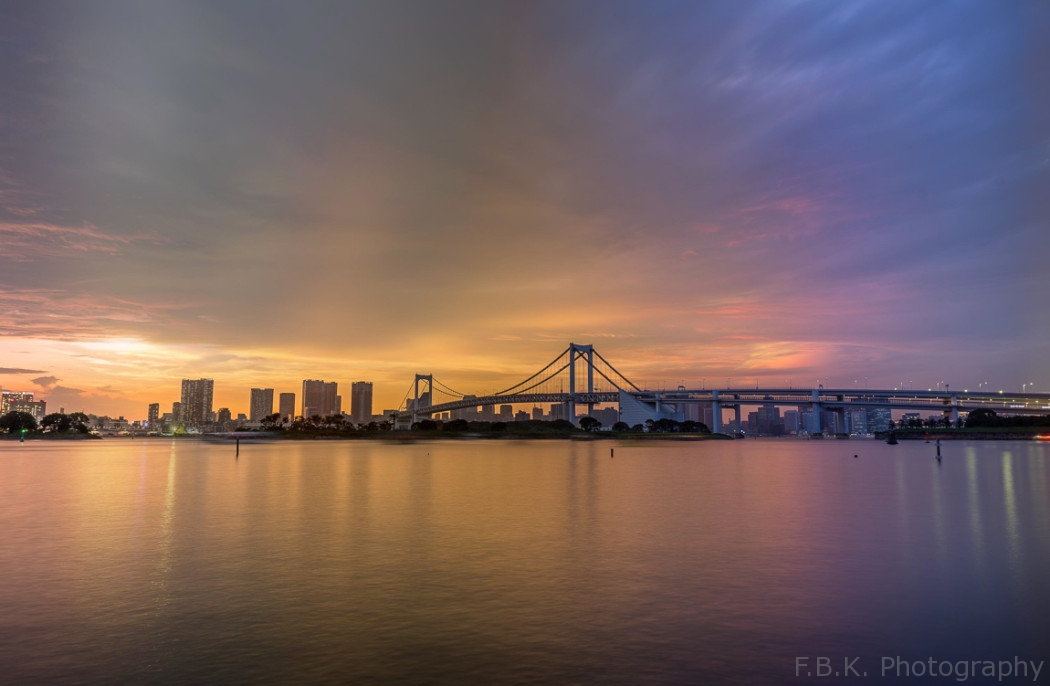 Result of the 366 smart averaged images

To generate the final static time lapse image (first picture) the city lights from the last captured image of the time lapse sequence were added. The Rainbow Bridge Time Lapse sequence is one of several time lapse of the YouTube Channel. 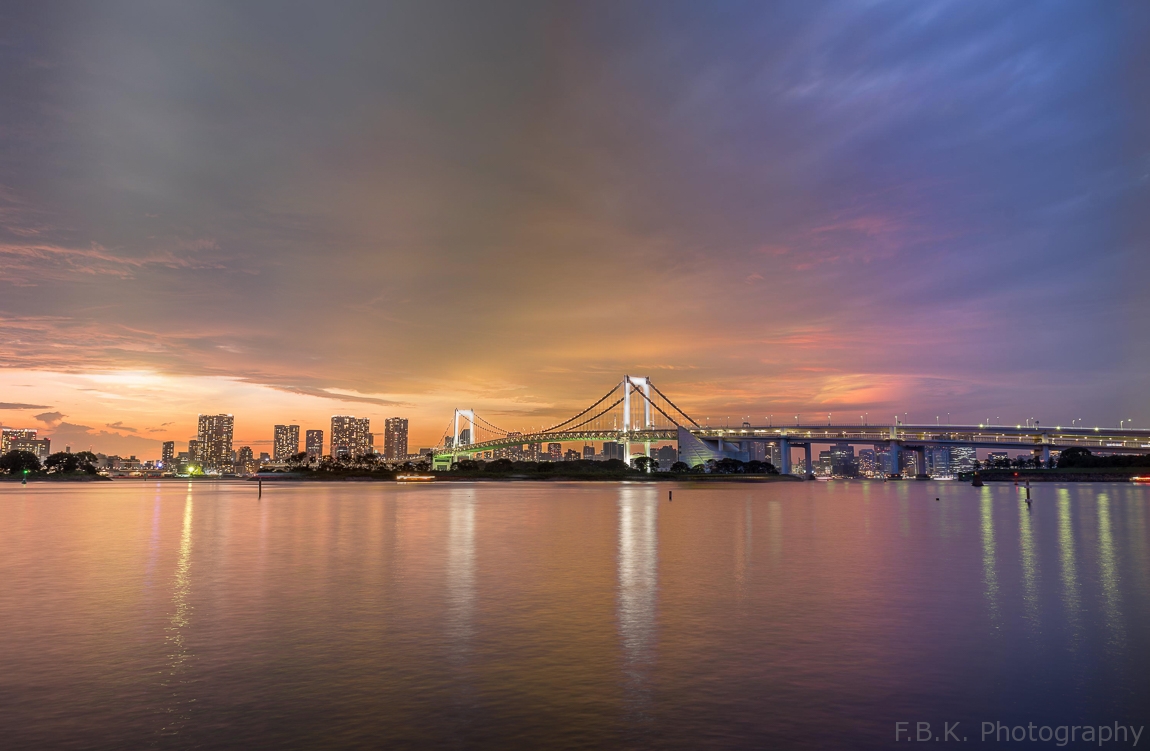 Article Name
Static time lapse - Using 366 photographs to illustrate a time lapse as a single image.
Description
This image of the Rainbow Bridge in Tokyois is based on 366 single exposures from a <a href="http://youtu.be/D-KN3e4AXks">time laps capture</a> of 1.5 hours.
Author
Frederic B. Konkel

My name is Frederic B. Konkel and to capture interior and architectural photography is a big passion of mine. I'm currently based in Berlin, Germany. I love to explore new places and I'm using my cameras to document these moments. On F.B.K. Photography I showcase a few impressions of my captured moments from around the world.
View all posts by Frederic →