Tumblr: Explore the world in vending machines is online 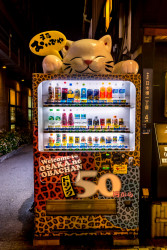 My name is Frederic B. Konkel and to capture interior and architectural photography is a big passion of mine. I'm currently based in Berlin, Germany. I love to explore new places and I'm using my cameras to document these moments. On F.B.K. Photography I showcase a few impressions of my captured moments from around the world.
View all posts by Frederic →